Essential fatty acids in the first 1000 days of life

The first 1000 days of a baby’s life are between conception and 2nd birthday. This is an unique lapse of time mainly because during this period the development and health of the child is determined. Regarding this, the prevention and a healthy lifestyle are the pillars at the basis of the recommendations enfolded in the document “Investing early in health: actions and strategies in the first thousand days of life”, developed in 2019 by the specific Technical Table of the Ministry of Health [1]

During this lapse of time, environmental factors and nutrition have a huge short-and long-term impact on the health and well-being of unborn babies, infants and young children, as well as pregnant and lactating women. Actually, since pregnancy that we witness the growth of the organism, the development of the brain and nervous system, of all systems, of the immune system and metabolism. For this reason, a balanced diet with essential nutrients during gestation and early childhood plays a crucial role in planning for future health.

In this article, we will focus our attention on a category of essential nutrients in the first 1000 days of life: essential, polyunsaturated omega-6 and omega-3 fatty acids.

Before becoming pregnant, a woman should pay attention to her lifestyle and nutrition, making changes if necessary. It is, in fact, that with the usual pre-conception maternal diet the reserves of fatty acids are formed which will then be available for the development of the fetus at every stage of gestation: growth, formation and development of organs and tissues.

The availability of adequate reserves of fatty acids is important as it determines the correct formation of the placenta responsible for the exchange of mother-fetus nutrients.

During this period, according to the EFSA recommendations for an adult [2], the woman must intake 250 mg/day of EPA + DHA (omega-3). Linoleic acid (omega-6) and alpha-linolenic acid (omega-3) must represent respectively 4% and 0.5% of the daily energy requirement. It is also important to underline that, for various causes such as lifestyle, stress, accidental situations such as infections or episodes of vomiting, diarrhea, deficiencies of essential fatty acids can be created which can remain “silent”.

The energy requirement during gestation has long been overestimated with the false belief that a woman should “eat for two” when, in reality, it increases to a maximum of 15-20% in the last trimester. However, the need of micronutrients increases much more than energy and that is why it is necessary to pay attention to a balanced diet to provide essential nutrients such as:

This reduces the risk of complications, such as maternal anemia, preterm birth, low birth weight, miscarriage or preeclampsia.

A special mention should be made of DHA which concentrates in the membranes of gray matter cells in the brain, where it is involved in the transmission of neuronal signals, and in the rod cells of the retina, where it is responsible for visual quality.

The mobilization of DHA from mother to fetus changes according to the stage of gestation, reaching maximum levels in the last trimester when the demand for growth and organ formation is highest. It is estimated that the total amount of DHA in the fetus up to birth is 10 g, of which 60-70% is mainly accumulated during the last 10 weeks of pregnancy. To this must be added the daily requirement for the mother’s organism which is estimated to be satisfied with 250 mg/day of EPA + DHA. For all these reasons, during pregnancy and breastfeeding, EFSA recommends increasing the intake of DHA by 100 mg/day.

It is therefore important that the woman reaches the last trimester by being able to count on already built up reserves of DHA and continuing to consume sources of DHA during pregnancy. Insufficient quantities of DHA, in fact, are associated with an altered formation of cognitive and visual functions in the child.

In the event that it is not possible to guarantee an adequate supply of DHA, through foods that contain it directly (algae, fish), it will be necessary to supplement with high quality supplements, balanced and aimed at the incorporation of this fatty acid into the cell membranes of mother and fetus. We emphasize that in vegetarian or vegan diets, due to a lack of fish intake, the deficiency of DHA is more easily verifiable. Once again we underline that the deficiency must not remain “silent”, but can be highlighted by specific analyzes of the membrane content of the mature red blood cell.

Breastfeeding: the first 6 months of life

The composition of breast milk is optimally adapted to the needs of the growing baby and helps to:

As long as the mother has a balanced diet, her milk provides adequate amounts of the nutrients necessary for the baby’s growth and development.

However, breastfeeding women have an increased need for several micronutrients. Therefore, the recommendations regarding lifestyle and diet during pregnancy generally also apply in the case of breastfeeding.

The concentration in breast milk of omega-6 and omega-3 fatty acids (arachidonic acid and DHA in particular) is connected with the maternal diet, therefore breastfeeding women should continue to pay particular attention to the intake of polyunsaturated fatty acids in a way to ensure, through milk, an adequate supply to the baby.

Since the Western diet is strongly unbalanced to the detriment of omega-3 and that during the first year of life the baby’s neuronal and visual tissues develop rapidly, even during breastfeeding a specific increase of 100mg / day is recommended. intake of DHA, in addition to 250 mg/day of EPA + DHA.

The first two years of life

Complementary feeding should include a wide variety of flavors and foods, especially vegetables, fruits, whole grains, proteins and animal origin aliments to ensure the nutritional needs of the growing child.

From the age of two, the dietary recommendations for children are equivalent to those of adults as regards essential fatty acids: the diet must provide the child with up to 4% of the energy needs from linoleic acid and at least 0.5% from alpha-linolenic acid. Given the imbalances of the Western diet and the now established link between excess omega-6, inflammation and oxidative stress, it is recommended that the total of omega-6 fats does not exceed 10% of the daily energy requirement.

On the contrary, given that the intake of EPA and DHA with the diet in children of many Western countries may be lower than desirable, starting from the age of two, as for adults, an intake of 250mg / day of EPA+ DHA (omega-3) is considered balanced. [3].

What we have said about the certainty of an adequate intake of essential fatty acids must lead to highlighting that it is necessary to obtain certainty that there is no deficiency in the body of the mother and infant/child. We remind you that the lack of essential fatty acids leads to various manifestations both local (including those affecting skin with phenomena of sensitivity and dermatitis) and systemic (including problems in terms of mood, behavior, cognitive capacity).

Learn more about it on LIPIMAGAZINE: 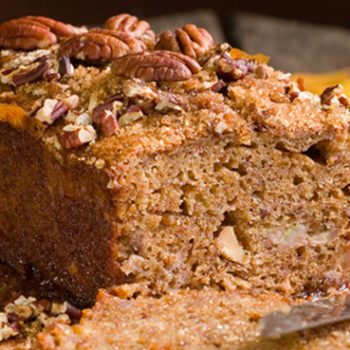