Allergies, which is the cause?

It is well known that allergy, in its various manifestations, is rising all over the world, and involves the respiratory system, the skin and also the digestive system. In the late decades it has been a trend towards the growth of these diseases; alongside the percentage of subjects with an altered immune response, many scholars identify environmental pollutants (nitrogen dioxide, ozone, combustion gas) and pesticides used in agriculture that are ingested with food (raw fruit and vegetables) as responsible; by coming into contact with the immune system of the digestive tract, they are able to enhance the activation of Th2 Lymphocytes, triggering a hypersensitivity towards a series of potential allergens that leads to B Lymphocytes to produce IgE, immunoglobulins responsible for common allergic manifestations : rhino conjunctivitis, bronchial asthma, urticaria.

The use of medicinal plants in allergies

The medicinal plants that can be used during the allergic diseases are numerous; in this very short exhibition we will consider some of them, some of the most interesting and also some less known as an anti-allergic plant.

Among these the best known is the BLACK CURRANT (Ribes nigrum L.) – FAMILY: Saxifragaceae (Grossulariaceae). The leaves (fresh or dried), the fruits and the seeds (oil) can be used. 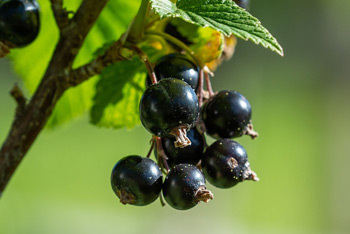 Blackcurrant is a plant with multiple applications in phytotherapy due to the richness of the active components present throughout the plant: blackcurrant seeds are an elective source of polyunsaturated fatty acids. of the omega 6 series (especially GLA- linolenic gamma, 15%) and the omega 3 series saddle (ALA- alpha-linoleic 12-14%); GLA is a precursor of series 1 prostaglandins (PGE1) and ALA is a precursor of eicosapentaenoic acid (EPA), from which prostaglandins and thromboxane derive with anti-inflammatory, anti-allergic and anti-thrombotic properties. The seeds have also astringent properties due to the presence of tannins. The leaves, especially prepared as glycerin macerate, are used to counteract all general and local inflammatory forms, both of infectious and immunological origin, on the skin or on the respiratory tract. The phytocomplex of the leaves is believed to perform its activity by selectively stimulating the adrenal cortex which activates the anti-inflammatory mechanisms. The anti-inflammatory properties of the black currant are associated with the anti-allergic ones, on the basis of a desensitizing and immune stimulating action similar to that of cortisone. The fruit used as such raises the immune defenses due to the high content of vitamin C and is useful for vision due to the antioxidant and protective activity of anthocyanin glucosides. Currant has an excellent tolerance and does not present any particular contraindications to the recommended doses. It is recommended to use with caution in hypertensive patients. The oil from the seeds is not recommended in subjects treated with anticoagulants. Do not administer during pregnancy and breastfeeding.

In modern phytotherapy of allergic syndromes there is GINKGO (Ginkgo biloba) which belongs to the Ginkgoaceae family. 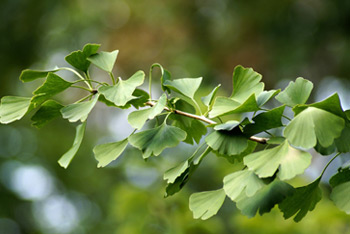 The Ginkgo is the only survivor of an order that was very common on earth until the Tertiary era. Fossil remains of Ginkgo biloba about 200 million years old have been found. The plant is very rich in flavonoids. The characteristic chemical compounds of this plant are diterpenes, better known as ginkgolids A, B, C, J and M, and bilobalide which inhibit the release of histamine by particular cells called mast cells. In addition, Ginkgo hinders the binding of PAF (Platelet Aggregating Factor) to cells in the bronchial mucosa, which is responsible for bronchial narrowing.

PHARMACEUTICAL FORMS AND POSOLOGY:
for the preparations the leaves are used, the standard extract on the market is EGB761, the daily dosage goes from 120 to 240 mg in the adult in one or two administrations away from meals. The intake is contraindicated in patients taking anticoagulant drugs, moreover it should be suspended in the 5-7 days before surgery and in the 2-3 days after surgery. Contraindicated during pregnancy and breastfeeding and has interactions with many drugs.

Another antiallergic plant is the LIQUORICE (Glycyrrhiza glabra) – FAMILY: Fabaceae, of which rhizomes, roots and juice are used. 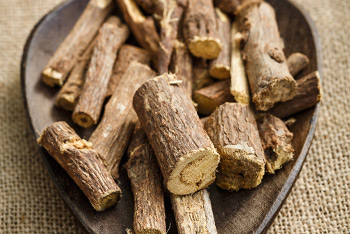 Liquorice has a prevalent anti-inflammatory and anti-allergic action and is also capable of inhibiting the release of histamine by mast cells. Use reserved for adults in contact dermatitis, in eczema, in some neuro dermatitis and partially in psoriasis, with an efficacy comparable to that of medium-power cortisone drugs.

PHARMACEUTICAL FORMS AND DOSAGE:
are based on dry extract nebulized and titrated in glycyrrhizin min.4% (X° Italian Pharmacopeia), whose daily dosage ranges from 6 to 8 mg. per kg of body weight, divided into two administrations, one between 7 and 8 o’clock and the other between 15 and 16 o’clock. Absolutely contraindicated in the hypertensive patient, in particular in case of hyperaldosteronism. It should never be associated with corticosteroids, except to consistently reduce the dosage of the latter, since it enhances their pharmacological action. It can potentiate the action of the following drugs: ibuprofen, warfarin, salicylates and deoxycholic acid. Associated with birth control pills, it enhances the hypertensive effect. It can increase sodium retention and the elimination of potassium caused by grapefruit juice.

Helichrysum: with antihistamine and antibacterial properties. 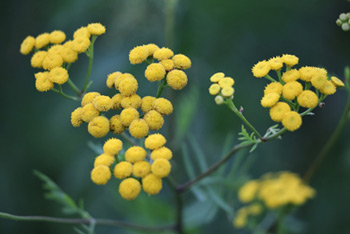 The plant has antihistamine, anti-inflammatory, expectorant and antibacterial properties and can be used in the form of aerosols, eye drops and eyelid wraps in rhinitis, conjunctivitis and allergic blepharitis, in allergic respiratory diseases and in eczema.

The information contained herein is provided for informational purposes only and is in no way a substitute for a doctor’s prescription or therapy.

Lipidomics for athletes: focus on cycling