Can obesity be “contagious”?

More and more often the term epidemic or pandemic is used, referring to obesity, not only for the relevance of this phenomenon, but also to imply a contagious nature of this condition. In this regard, many authors have linked the influence of social relationships and the communities they belong to with the BMI (an index that defines whether an individual is underweight, normal weight, overweight or obesity).

It has recently been published in the prestigious journal JAMA Pediatrics by some Californian researchers, a study that has tried to show how the environment in which a person lives influences not only his habits but also the risk of increase / decrease in body weight.

The study in question analyzed some military families assigned to different residential sites not chosen by the subjects themselves, in order to study the relationship between local obesity rates and the development of overweight / obesity in the parents and children under study.

Anthropometric data and BMI related to 1 year of observation, they were collected on approximately 2500 subjects among adults and teenagers. The analysis of these data showed that families transferred to areas with a higher rate of obesity have an average higher BMI and a higher incidence rate of overweight / obesity.

The correlation between the rate of territorial obesity, the BMI values ​​and the prevalence of overweight / obesity was stronger for longer settlement periods (> 24 months) for teenagers (Table 3 of the article), and for the entire family was greater for those who lived outside the settlement rather than inside (Table 4 of the article). 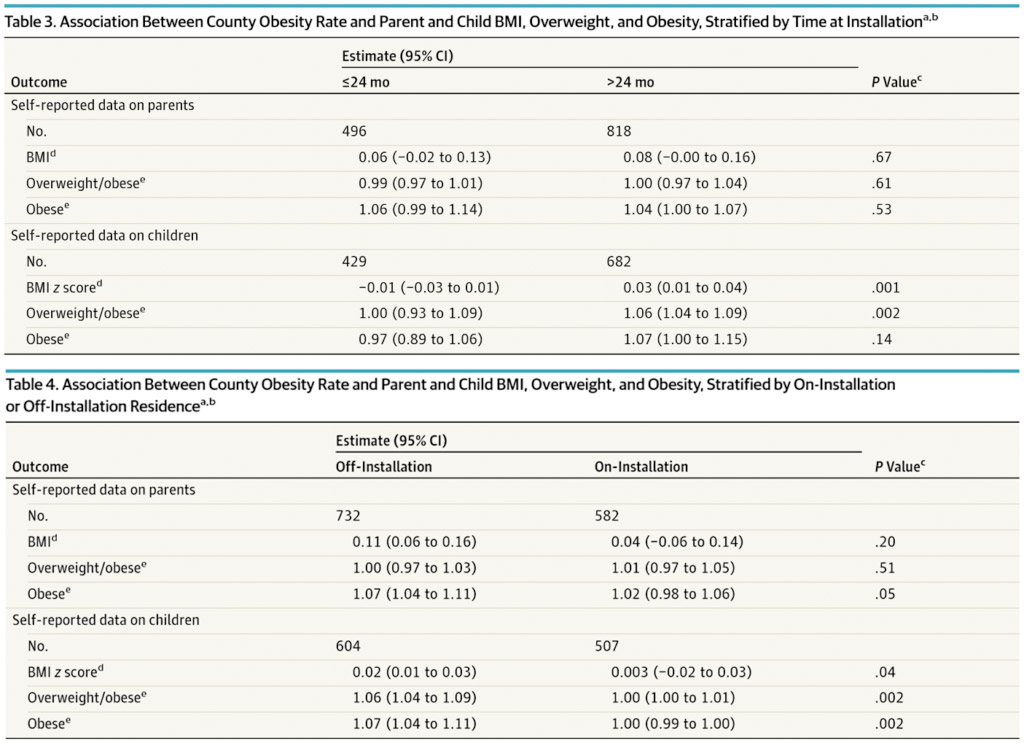 Edited by the Lipinutragen Editorial Board
made up of F. Bonucci (nutritionist biologist), C. Ferreri (CNR Senior Researcher) and R. Rinaldi (Marketing Manager)

The seasonality on the table continues, the precious cauliflower!

The psychobiotic "revolution", mental well-being starts from the intestinal microbiota