The psychobiotic “revolution”, mental well-being starts from the intestinal microbiota

The psychobiotic “revolution”, mental well-being starts from the intestinal microbiota

In the 4th century B.C. Hippocrates claimed that diseases originated in the intestine. Nowadays, the progress of scientific research confirms the key role of this organ and its microbiota (for further information on intestinal well-being: microbiome and health) for human health in general, even extra intestinal.

The ways of communication between mind and intestine / microbiota are multiple and include the nervous mechanisms (vagal or not), the endocrine ones, the immune ones and the metabolic ones, showing a dense network of connections, in agreement with a unified vision and if we want holistic human being.

The molecules produced by the bacteria influence the nervous transmissions, as described in this article of which we have published an extract (for more details Intestine-Brain Axis).

Some microbial types, such as Bifidobacteria, produce tryptophan in the intestine which enters the bloodstream and is the starting amino acid for the formation in the brain of serotonin, the neurotransmitter of good mood.

It is also possible that bacterial metabolites, such as short-chain fatty acids, may act as modulators of gene expression (epigenetic factors) and influence mental functions and behaviors (1).

An altered microbiota is emerging as a predisposing element, not only of metabolic, gastrointestinal and inflammatory disorders, but also in neurological disorders such as Alzheimer’s, multiple sclerosis, Parkinson’s, autism spectrum disorders, anxiety and depression.

On the basis of scientific evidence, it emerges that the microorganisms that harbor the intestine can communicate with the CNS. For this reason, the scientific world is identifying probiotic strains that can have positive effects on psychiatric disorders – here from the term Psycobiots (2). The term was also extended to prebiotics and includes the emotional, cognitive and behavioral functions that are modulated through the microbiota-intestine-brain axis. 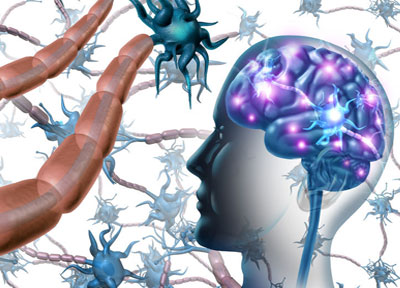 The horizons of this new approach are manifolds and integrate (not substituting) the treatments and therapies currently in use with an enormous applicative potential, so much so that some authors express themselves in terms of Psychobiotic Revolution (3).

In addition to the identification of the individual psychobiotic strains, given the complexity of the colonic microflora, the functional approach on the coupled healthy intestine and healthy mind that does not separate the psyche from the body and seeks to obtain a healthy individual starting from a balanced microbiota with optimal biodiversity.

The species diversity and the many bacterial interactions that take place in the intestine affect the messages that are sent to the brain through the nerve pathways and signal molecules that originate from the digestive tract. For this reason, any nutritional deficiency or imbalance can reduce the biodiversity of the microbiota and adversely affect the psycho-physical state.

In this framework, organic approaches emerge such as the one adopted by the “Free Pharmacotic Center” of the University of Cork (excellence in the study of the microbiota-intestine-brain axis) which combine dietary treatment with pharmacological treatment, with very encouraging results.

While waiting for the medical applications of psychobiotics to be confirmed with clinical trials, it is certainly possible to act preventively on the following lifestyles that improve the health of the intestine and its microbiota:

* See the indications given in the article Intestinal well-being: microbiome and health to maintain a healthy microbiota.