Fibromyalgia: one of the Central Sensitization Syndromes

Central Sensitization Syndrome is a definition that brings together all those conditions that have a common characteristic: the development and maintenance of a state of chronic pain for which the central nervous system is in a persistent state of high reactivity, has a threshold of lower tolerance towards what causes pain and the latter persists even after the initial injury has healed.

FIBROMIALGIA is counted among the Central Sensitization Syndromes as well as Chronic Fatigue, Restless Legs Syndrome, Multiple Chemical Sensitivity Syndrome, Irritable Bowel Syndrome, Temporomandibular Joint Syndrome, Irritable Bladder Syndrome. Fibromyalgia presents a widespread painful state affecting the musculoskeletal system, along with numerous other signs on the nervous system and other organs, but it is also well known that it is difficult to make a precise diagnosis of causality and of the pathology itself.

Although it might not be the first thing to look upon, the pain is a natural processing of a vital stimulus in an organism in the central nervous system, the painful experience produces an upskill that makes the individual more alert and ready to respond in case the event recurs. Rather the individual learns to avoid the dangerous situation that triggered it. And-that has increased the chances of survival afore of threats from the outside world, especially if we think of prehistoric man.

Pain induces adaptation responses of the individual to the surrounding environment. However, being subjected to a stressful factor of high intensity and/or sustained over time can create the phenomenon of sensitization at the level of the central nervous system.

The central sensitization (CS) is also a possible consequence of stroke or spinal cord injury since it is in effect trauma to the central nervous system, with associated alteration of the structures directly involved in pain sensitivity at the central level. Beside it has become increasingly clear that CS ​​plays a role in many pathological conditions characterized by chronic pain, although this does not result from direct injury to the brain or spinal cord.

The central sensitization has two main characteristics, both of which are related to an increased sensitivity to pain and touch. Hyperalgesia occurs when a painful stimulus is perceived as much more painful than it should. Allodynia is the perception of a mechanical stimulus as painful when it shouldn’t be. This is the case of the touch, of the fingertip touch, of a massage, but also of the pressure of a tight dress.

In both cases there is an altered and amplified processing of the message from the periphery to the central nervous system.

There are multiple causes:

Among these, any pre-existing conditions in the central nervous system could predispose patients to develop central sensitization once a peripheral injury occurs.

The pain sensitivity threshold is at least partly determined by genetic factors. Although there is not unequivocal confirm from the research, it is considered likely that there is a causal link between the individual and predetermined pain threshold and the subsequent development of central sensitization following a peripheral injury.

Also, the psychophysiological factors may play a role in the predisposition to the development of central sensitization. States of anxiety, depression, trauma or, in general, chronic stress conditions can make the central nervous system more reactive and therefore more prone to centrally sensitize as a consequence of a peripheral event.

The evidence of a deficiency syndrome in the functioning of the endocannabinoid system advance clearer and clearer, namely the molecular interaction between receptors (CB type) found on the cell membrane and lipid mediators deriving from fatty acids, such as palmitic acid and arachidonic acid, such as palmitoylethanolamide and anandamide. The recent one begins to bring into play the delicate balance between saturated fats, omega-3 and omega-6 which we will then find again as protagonists of the inflammatory process. This deficiency is referred to in fibromyalgia and also in the etiology of migraine and irritable bowel syndrome. 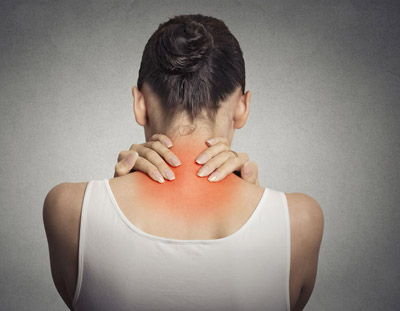 Pain and inflammation are closely associated mechanisms that feed each other through the interaction between cells of the immune system and those of the central and peripheral nervous system.

The nerve endings responsible for pain perception and transmission, called nociceptors, express specific receptors for various inflammatory factors released by immune cells, mainly macrophages, neutrophils, mast cells and T lymphocytes. Such factors modulate neuronal excitation and pain transmission by lowering the activation threshold towards various stimuli, for example thermal, mechanical or inflammatory. The neuroimmune interaction that stimulates the activation of nociceptors takes place at the peripheral level, but also in the spinal cord.

In the biological environment, a set of molecules such as cytokines, chemokines, lipids and growth factors are created which are responsible for sending intracellular messages (between immune cells-glia-astrocytes), the transmission of pain and involved in central sensitization.

The causes that foment the appearance of central sensitization syndromes are in fact still unknown and this often reflects on the absence of molecular markers that can allow their diagnosis.

In a state of neuroinflammation, the activation of microglia cells could be the mechanism responsible for the remodeling, including functional, of the spinal and supraspinal structures involved in the genesis, processing and modulation of pain.

However, the causal link between neuroinflammation and fibromyalgia remains to be defined due to the fact that other comorbidities such as depression, anxiety, sleep disturbances and fatigue are associated with neuroinflammation.

The modulation of inflammation

The neuroinflammatory hypothesis at the origin of fibromyalgia would open the doors to therapeutic strategies based on the modulation of inflammation through anti-inflammatory and pro-resolving lipid mediators [2].

Specifically, the omega-3 fatty acids EPA and DHA and the effector molecules deriving from them, such as the D and E series resolvins, maresins and protectins could be used to stimulate the cellular programs of termination of the inflammatory process by l action on the cells of the immune system. In this way, the vicious circle of neuroinflammation could be broken.

The endocannabinoid hypothesis also confirms the importance of lipid mediators and the alteration between their precursors, namely the fatty acids that make up the cell membrane [3]. A balance of saturated (palmitic), unsaturated (omega-3 and omega-6) fats could therefore reflect on a more balanced production of endocannabinoids with a synergy to contrast painful stimuli.

TO FIND OUT MORE on LIPIMAGAZINE:

Article by the editorial team of Lipinutragen
The information given must in no way replace the direct relationship between health professional and patient. 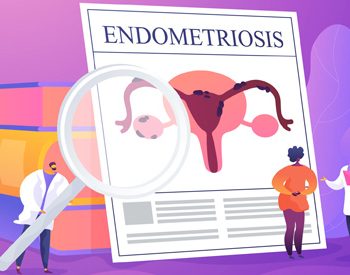