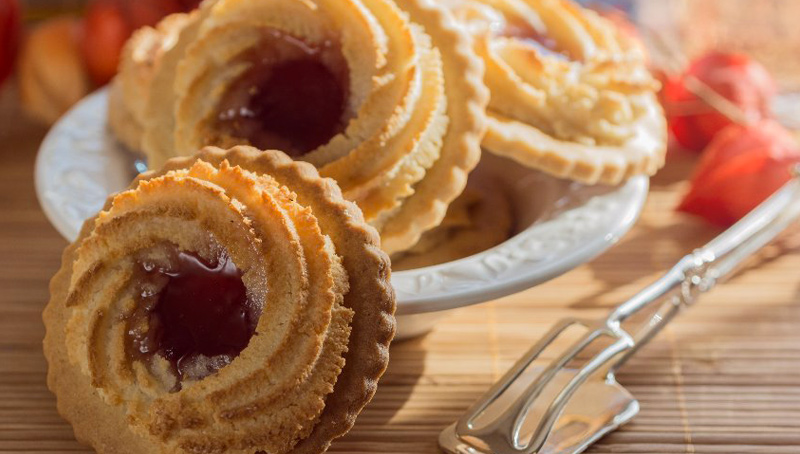 “Ox-eye” biscuits are delicious shortbread biscuits with a soft jam filling. They take their name from their shape, which is reminiscent of a cooked egg ‘ox’s-eye’. They are made by overlapping two round biscuits, one of which has a hole in the middle, filled with jam.

Ox-eye biscuits are simple to prepare and cracking. They can be made in a variety of shapes: circles, flowers, hearts…, in short, whatever you like, and lend themselves well to being filled with jam, chocolate or hazelnut cream. For a tasty snack, you can prepare ox-eye biscuits and accompany them with a good cup of tea or coffee.

Buckwheat flour is the star ingredient in this recipe and possesses all the nutritional characteristics of a cereal and a legume, despite being, botanically speaking, neither one nor the other.

Buckwheat seed is mainly composed of starch, which makes it easily digestible, and protein, and its protein composition does not have the gliadins of gluten, which means it can be used in all gluten-free foods suitable for people with coeliac disease.

The lipids in buckwheat consist of both saturated and mono- and polyunsaturated fatty acids and it is also rich in minerals such as iron, phosphorus, copper, zinc, selenium and potassium. A valuable component is antioxidants.

The vitamins it contains are mainly B1, B2, niacin (PP) and B5 and due to its ability to provide energy and ‘vigor’, it can be introduced into the diet of athletes, pregnant women and the elderly.

1. Sift the flours (buckwheat and whole-wheat) to aerate them and prevent lumps from forming.

3. In another bowl, collect the liquids, i.e. the milk, extra virgin olive oil and eggs: add the flours a little at a time, stirring gently until the mixture is soft and velvety.

If the dough is too firm and dry, add a little liquid; vice versa, if it is sticky, add flour.

4. Roll out the dough with a rolling pin to a thickness of 3-4 millimeters.

5. Using a pastry cutter, cut out circles; alternatively, use small shapes as desired and cut a hole in the middle of the circles created.

6. Place the biscuits on a baking tray lined with baking paper, then brush the surface with a little milk and sprinkle only the discs with the hole with brown sugar.

7. Put the biscuits in the oven and bake them at 180°C in static mode for about 15 minutes, or until golden brown.

8. Remove from the oven, allow to cool. After completely cooled, combine a whole disc and a pierced disc with berry jam with no added sugar.

Article by the Lipinutragen Editorial Team

Recipe by Andreea Popa, Account Data Entry and Customer Care, passionate about cooking.
The dietary advice in the article is not intended as a substitute for a personalized diet plan and is to be adapted to specific cases.

VEGETABLE DRINKS IN THE LIPIDOMIC DIET 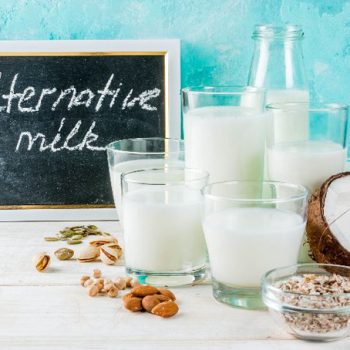 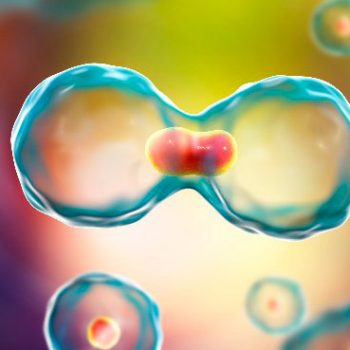