The immune system is normally tolerant of all body proteins, the so-called self-antigens. This tolerance develops as a result of contact with self-antigens by lymphocytes during their maturation in the primary lymphoid organs, i.e. bone marrow and thymus, as well as liver and spleen in fetal life. Tolerance can be lost and induce inappropriate activation of antibody-producing B lymphocytes with inflammatory processes involving organs or entire districts.

When the tolerance mechanisms are lacking, the T lymphocyte cells of the immune system can endure an erroneous activity that triggers a series of cascading phenomena. Consequence of the alteration and/or loss of tolerance towards self is autoimmunity, during which alterations in the immune response are clearly evident with production of autoantibodies, or antibodies directed against itself.

Autoimmunity can be a physiological or pathological response of the immune system and in the latter case it can lead to the development of clinical abnormalities, autoimmune diseases.

The autoimmune diseases can affect an organ (as in the cases of: Hashimoto’s thyroiditis, Graves’ thyrotoxicosis, type I diabetes, myasthenia gravis) or entire body systems or areas (for example: systemic lupus erythematosus, Sjogren’s syndrome).

Autoimmune diseases are multifactorial and in recent decades there has been a continuous increase in their incidence, influenced by various risk factors including diet and stress.

Evidence and clinical studies suggest that stress may play an important role in the etiopathogenesis of these pathologies. In fact, psychological stress, as well as the mechanisms involved to deal with it, activate hormonal circuits that can also influence the activity of the immune system.

At least 50% of autoimmune diseases have been attributed to unknown triggers and most autoimmune patients reported experiencing extraordinary emotional stress before the onset of the disease. Stress would also have a role in maintaining and worsening the course of the disease.

The definition of stress dates back to Hans Seyle who already in 1936 defined it as “general adaptation syndrome”, that is, a physiological response of the organism to changes the disturb of its psychophysical balance.

In reality, the human species constantly interacts and responds to the outside world with an adaptive behavior that has the survival of the species as its ultimate goal. Stress, understood in this way, is therefore not a negative event because it is commensurate with the individual’s ability to control and adapt to events.

When the events remain within the limits of tolerability by the individual, the psychophysical activation induced by stress results in an improvement of various mental performances of the subject. On the other hand, it becomes a negative event when, lasting for more or less long times, with situations that question the individual regarding his real ability to deal with situations, it produces an abnormal adjustment and induce it to give excessive charge to the events and their evaluation.

The relationship between stress and autoimmune diseases is complex and is still under study. For rheumatoid arthritis, systemic lupus erythematosus, chronic inflammatory bowel diseases (Chron’s disease, ulcerative colitis and pancolitis), multiple sclerosis and Graves’ disease, it has been shown that stress is associated with the onset and exacerbation of the disease. In subjects with psoriasis, stress appears to delay the healing of lesions during therapy.

The stress response is orchestrated by the hypothalamus-pituitary-adrenal axis and the sympathetic nervous system. The coordination of them occurs through neuro hormonal responses mediated by the following hormones:

Catecholamine and colrtisol exert, among other things, control over various cells of the immune system.

In the presence of an adequate and efficient regulation mechanism, a negative feedback system will send the deactivation signal of the hypothalamus-pituitary-adrenal axis, protecting the body from the effect of an excess secretion of pro inflammatory cytokines potentially harmful to the body.

In chronic stress conditions, especially in subjects in which the physiological adaptive stress response is inadequate, the stress mediators will send the wrong signal for stress management. 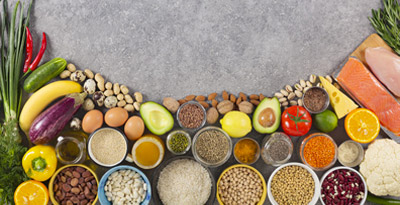 It would therefore be advisable for the treatment of autoimmune disease to include adherence to useful behaviors to prevent stress-related immune imbalance. A good quality of sleep, a correct diet, which brings all the antioxidant micronutrients of vegetables, essential fatty acids of fishery products and some vegetable foods, low saturated fats and processed foods, together with an adequate intake of water, seem to be a strategy in the prevention and management of stress.

In particular, it is necessary to pay close attention to the quality of the fatty acids introduced in the diet, especially EPA and DHA, directly responsible for the modulation of the inflammatory cascade, a key physiological phenomenon of autoimmune diseases. Their food income is unbalanced and very often insufficient. The Western diet does not help us and too often we make up for it by supplementing with omega-3s incorrectly. It would be appropriate to define the lipid profile of our cell membranes through a membrane lipidomic analysis in order to properly manage the delicate balance underlying the health of our cells and make personalized food and supplement choices, aimed at prevention and treatment. 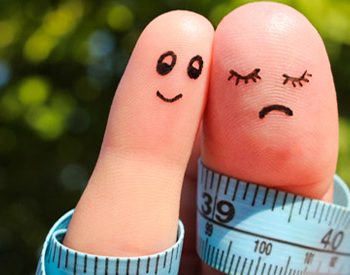 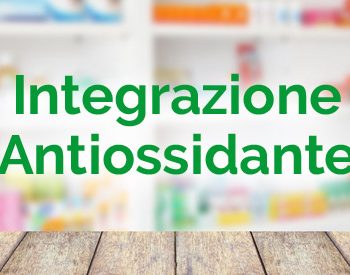